Couches Don’t Count: The Hidden Side of Youth Homelessness

Not all homeless youth sleep on the streets or go to shelters. Sometimes being homeless looks a little different, and it’s harder for other people to see.

Every year in Philadelphia, a survey called Philadelphia Youth Count is conducted by Valley Youth House, a beneficiary of Pull for Pride 2018. In collaboration with other community partners, Valley Youth House seeks out homeless youth between ages 13 and 24 and surveys their experiences in order to estimate the size of the population in need of housing and other critical support services. Finding homeless youth to survey is challenging in and of itself.

Philadelphia Youth Count’s most recent survey results indicate that as many as 64% of homeless youth couch surf or stay with friends or acquaintances rather than sleep on the street. They live temporarily with others, possibly even staying with a different friend, relative, neighbor, acquaintance, or stranger each night. Youth Count surveys have also found that at least 53% of these youth are LGBTQ- higher than the national estimates of 40%, which we know to be conservative.

These youth aren’t sleeping on the street like many of us typically imagine a homeless person does. But there’s no guarantee of their continued residency in these temporary stays, and no immediate prospects to access permanent housing. It’s not a sustainable long-term living arrangement.

The National Coalition for the Homeless refers to these youth as “couch-homeless,” also sometimes referred to as the “hidden homeless.” They’re considered “hidden” because they usually don’t access services at homeless support organizations- hence the difficulty in surveying them. And since they’re not accessing services, they don’t show up in most standard statistics.

You can help by donating to, lifting at, or volunteering with Pull for Pride.

Erica Smith is a sexuality educator with a M.Ed. from Widener University’s Center for Human Sexuality Studies. She works primarily with young women and queer and transgender youth in the juvenile justice and child welfare systems. She writes, consults, and teaches on a variety of human sexuality topics and has been recognized by Lambda Legal and Women’s Way for her advocacy for LGBTQ youth and young women. Most recently she’s been offering sex education, commentary, one-on-one sessions, and support through Instagram at @ericasmith.sex.ed.

Erica lives in Philadelphia with her partner and loves caring for her plants and her many rescue animals, including her pitbull, Ranger.

We're not around right now. But you can send us an email and we'll get back to you, asap. 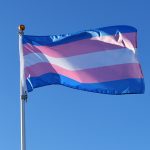