Many young LGBTQ people experiencing homelessness have similar needs, but LGBTQ youth are not a monolithic population. Within the acronym, the needs of youth may differ significantly depending on their identities.

This concept is demonstrated clearly when it comes to the experience of transfeminine young people of color. A young black trans woman, for example, experiences multiple marginalizations that other youth may not. She lives at the intersections of multiple oppressions- racism, misogyny, transphobia. This means she has more obstacles to face, and is at higher risk for violence and harm than other LGBTQ youth.

For transgender youth, surviving on the street or in the shelter system is even more complicated than it is for queer cisgender youth. If a person’s gender marker on their identification does not match their gender identity and presentation, this automatically outs them to shelter staff. (Many homeless youth don’t have ID to begin with- a whole other complicated issue). Shelter staff may also be ill prepared to competently serve trans people or outright hostile toward trans youth, resulting in mistreatment and further harm to youth already in crisis.

Transgender youth are at higher risk of sexual violence in the shelter system, especially transfeminine youth in shelters for men and boys. Some leave the shelter due to poor treatment or unsafe conditions and return to the streets. Some youth may resort to presenting more closely with their assigned sex just so they can secure shelter with less risk and complication.

Without a place to feel safe, young trans women of color are at higher risk for becoming victims of violence. They may sleep on the street or engage in sex work, which also increases their risk of violent victimization and the experience of chronic health issues like HIV. In New York City,1 in 2 transgender young women living with HIV contracted it before the age of 24. This is directly related to the lack of safety and shelter that they experience.

The National Coalition of Anti-Violence Programs has documented a steadily rising number of homicides of transgender women of color, many of them under 25. Though only 2% of the LGBTQ population, they make up 50% of LGBTQ murder victims- an absolutely staggering statistic.

Erica Smith is a sexuality educator with a M.Ed. from Widener University’s Center for Human Sexuality Studies. She works primarily with young women and queer and transgender youth in the juvenile justice and child welfare systems. She writes, consults, and teaches on a variety of human sexuality topics and has been recognized by Lambda Legal and Women’s Way for her advocacy for LGBTQ youth and young women. Most recently she’s been offering sex education, commentary, one-on-one sessions, and support through Instagram at @ericasmith.sex.ed.

Erica lives in Philadelphia with her partner and loves caring for her plants and her many rescue animals, including her pitbull, Ranger.

We're not around right now. But you can send us an email and we'll get back to you, asap. 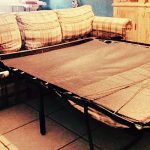 Couches Don’t Count: The Hidden Side of Youth HomelessnessPull For Pride
Loading Comments...